The General Sylvanus Thayer Birthplace and the Asa French House are two of Braintree’s remaining historic homes and both are located in the Town’s Historic District. Community Preservation funds were appropriated to renovate the exteriors of both homes in compliance with local and state historic restrictions and using materials and colors appropriate to their respective time periods.

The Asa French House at 766 Washington Street was constructed in about 1699 by Thomas French and is named for Asa French who served as the Town’s first postmaster. In 1999 the Trustees of Thayer Academy donated the property to the Braintree Historical Society. 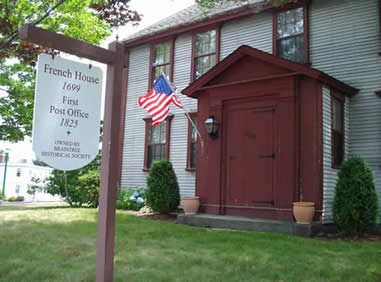 The Thayer Birthplace was constructed in 1720 by Nathaniel Thayer in Braintree Highlands and was moved to its present location at 786 Washington Street in 1958. Sylvanus Thayer, known as the “Father of West Point,” was born in the house in 1785. He studied at West Point under an appointment by President Thomas Jefferson and was later appointed superintendent of the school, which became the first college of engineering in the country at Dartmouth College. The Birthplace was accepted for inclusion on the National Register of Historic Places in 1974. 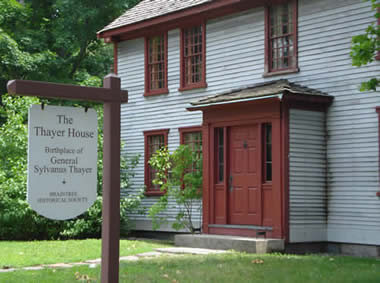